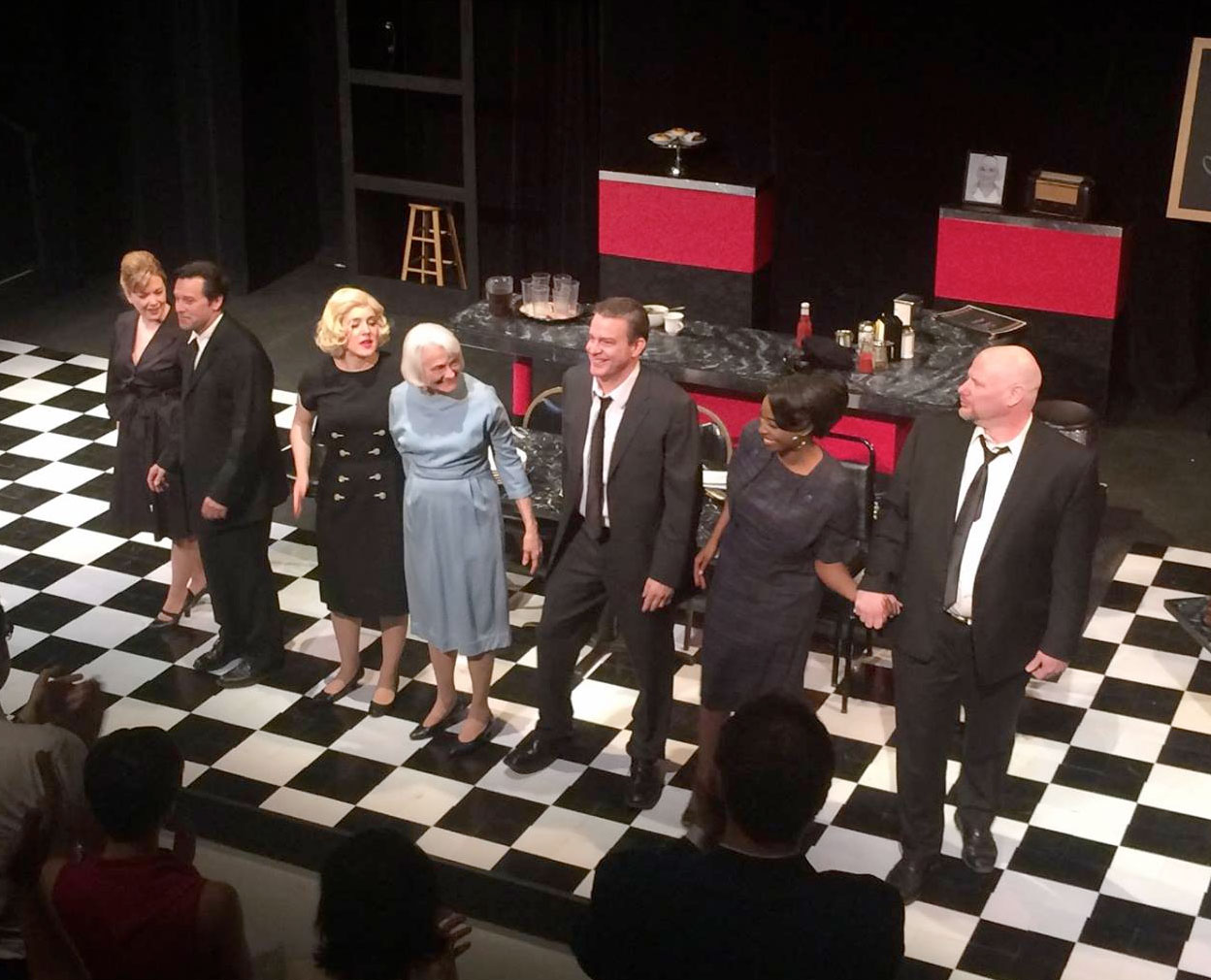 In 1960s Hollywood, an unassuming Diner sits across the street from the 20th Century Fox lot where Marilyn Monroe’s final film is in production. Removed from the glitz and glamour of the neighboring studio, the customers and staff of the Diner find themselves swept up in the tumultuous changes taking place in America and Hollywood at the end of its Golden Era. As they struggle to adjust to the rapidly changing world, each of them has to find their path to happiness both by relying on the help of friends, and by being the answer to their own prayers.

EVIE, Marilyn Monroe’s stand in, encounters the Diner on the first day of shooting for Something’s Got to Give. There she meets EM, the kindly, sage hostess, and DENNY, the gruff vet who owns the Diner and handles the cooking. Evie is taken in as one of Em’s “studio strays” and in short order meets regular fixtures of the Diner; Walter, the film’s formerly blacklisted screenwriter; ERICA, a naive aspiring actress and waitress; JIMMY, an ambitious gossip reporter; and ARIEL, an African American cafeteria worker who has her heart set on bigger things.

As the fate of 20th Century hinges on the success of people like Monroe and Elizabeth Taylor – and as rumors swirl about JFK, the Civil Rights Movement, and the looming possibility of losing their lease – the denizens of the Diner struggle to adjust to the rapidly changing world around them.

For Evie, this means learning to appreciate what she has to offer the world aside from being “walking scenery”. For Jimmy it means pausing in his climb to the top to consider what really matters in life. For Denny and Ariel, it means forming an unlikely partnership that puts them at odds with the waning days of segregation. For Erica, it means rising above the unseemly world of casting couches and “producers” she has allowed to take advantage of her. For Walter, it means letting his guard down and offering Erica the benefit of his experience – and maybe more. All this takes place under Em’s watchful eye, even as she approaches the end of her time with her beloved Diner family.

When Em dies on the same day as Marilyn, everyone comes together to take stock of where they are on their journeys and how they can both rely on each other and, as Em says, “be the answer to their own prayers.”