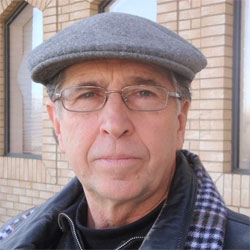 Ed Mills formed the characters and story for The LA Diner from his fascination with the events of April-August 1962 surrounding the firing, re hiring and strange death of the world’s most famous movie star, Marilyn Monroe. While the backdrop of 60’s America and the Marilyn story may be enticing, The LA Diner is ultimately the story seven unlikely characters dealing with hopes and fears, love and loss, trust and betrayal, and the triumph of the human spirit. Although Ed’s first venture into writing, theater and film production, he credits his latent creativity to his dad who would put him to sleep as a child with wild stories of cowboys and Indians, brave knights and courageous soldiers. Ed’s previous production endeavors include music management/bookings/promotion. Recently with the fourth production of the stage play and it’s filming at the Beverly Hills play House, plans are to bring The LA Diner to a wider audience as a feature film. 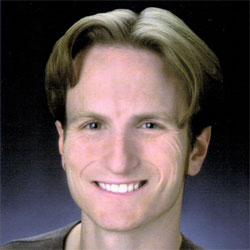 Jeremy Palmer has written for television, internet, film, and theatre since he was in high school. He began as a head writer for the kids channel WAM! with Starz/Encore while appearing in on-air segments as a teenager. For the past 4 seasons, he has been a head writer for Vox Phamalia, the award winning sketch comedy series produced by Phamaly Theatre Company. He sits on Phamaly’s Board of Directors and was awarded the Minoru Yasui Community Vounteer Award for his work there 2012. He also created and writes for another original Phamaly series, disLabled, which is presented in Boulder at the Dairy Center. His plays have also been presented by the University of Colorado at Denver, the Colorado Theatre Guild, and the Hollywood Fightclub Theatre & Stam Jack Theatre Companies in Los Angeles. Previous works Gonnabees and An Excuse for Witty Banter have been published by Next Stage Press and are available at www.nextstagepress.net. He was also the principal author and editor of a of book Phampathy Cards, which is available for sale on Amazon to benefit Phamaly Theatre Company.

Here is a list of produced works (fully staged or publicly staged readings): 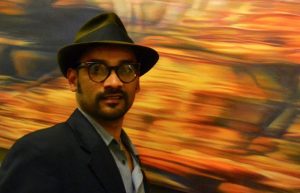 Visionary Sridhar Ranganath was born and raised in Bangalore city, India. Since his childhood, he was fascinated with moving images, which he credits to his family. At the age of 13, he started his own Theater Company called `Expressions’. He moved to New York City in the year 2001 to study Film & TV.

He did his Master’s in Film and TV Production at NYIT followed by ‘Directing Actors’ at the Tisch School of Art, NYU. Currently, he recently studied ‘Business of Film Industry’ and ‘Producing and Directing Reality Tv and Documentary’ at University of California (UCLA), Los Angeles under the coaching of Brady Connell (Survivor, Amazing Race)

His first short film “GLIMPSE OF DAWN” earned him various awards including ‘The Best Visual Short’. He also won ‘The Best New York Debut Director Award’ for his first feature film: ‘The Gleam’ (2006).

He was one of the few selected directors for a unique documentary feature: ‘A BROADWAY’ which was shot in ONE DAY on location in New York City that was know as ‘The Film of the DECADE’.

His PASSION for filmmaking has driven him to Produce, Executive Produce and Co-Produce many independent movies that have been successfully sold in the market.

His growing experience in the Industry include critically acclaimed films such as:

He has produced and directed many Live TV Shows, PSA’s, TV Commercials & Music Videos such as ‘MY CITY’ featuring BAM and ‘Fame’ from MOP (Columbia Records).

His experience in the world of Television include running a set of ‘Producers’ in the East Coast and International region for CURRENT TV (Peabody and Emmy Award-winning television/online Network founded in 2005 by Al Gore and Joel Hyatt).

His recent corporate work include ‘Five Year Strategic Plan’ for University of California(UCLA) that consists of only a few selected visionaries and lead by EMMY Award winner: Nathan May & Creative Director: Britt Benston.

His recent interest in Humanitarian and Philanthropic Projects has lead him to start his own non-profit organization called “Art Institute for Children’ which is a free coaching and workshop for Children teaching all forms of ‘Visual Arts’.

He has two ambitious projects in the burner. One is a humanitarian thriller about spousal abuse and immigration reform and the other is a much anticipated remake of a Bollywood Blockbuster ‘Satya’ (1998).

His unique blend of style is developed from a broad range of artistic and photographic experience. He is comfortable and relaxed in both the studio and shooting on location, possessing the uncanny ability to be creative and calm even under pressure.

His skill for strong story telling is often paired with his unique sense for style. IMDb Link: www.imdb.me/Sridhar