Written by Jeremy Palmer & Ed Mills. Directed by Sridhar Ranganath. The world’s most famous movie star has four months to live, but the denizens of the LA Diner are more concerned with their own problems as Hollywood and America at large face an uncertain future. Based on true events in the life of the iconic Marilyn Monroe, an aspiring actress, cast as Marilyn Monroe’s stand-in, is caught up in a web of deceit and betrayal by an unscrupulous Hollywood gossip reporter.

The LA Diner is a character-driven, period drama set in 1962 underscored by a moving score of original and period music. The story is about endings and new beginnings. The characters find they have to deal with life events when faced with circumstances beyond their control. The story takes place at the end of Hollywood’s Golden Era with an America in transition and the death of a Hollywood icon. It’s about how the dramatic issues of that day are many of the same issues we are still dealing with today: prejudice, inequality, sexual coercion, suicide, a society in the midst of change, finding family.

Seven years of development have spawned a world class theatrical play and the filmed live performance of the theater production at the famous Beverly Hills Playhouse. Produced by Ad Worldwide and Starline Productions with an accomplished cast of Hollywood actors, this filmed stage version incorporates similar elements of such noted films as Dogville, Welcome Back to the Five and Dime Jimmy Dean and Glengarry Glen Ross.

The L.A. Diner was written by USC School of Cinematic Arts graduate and award-winning writer Jeremy Palmer, co-written and executive produced by Edward Mills, produced and directed by Sridhar Ranganath. 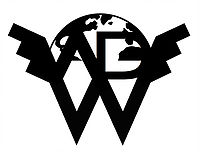