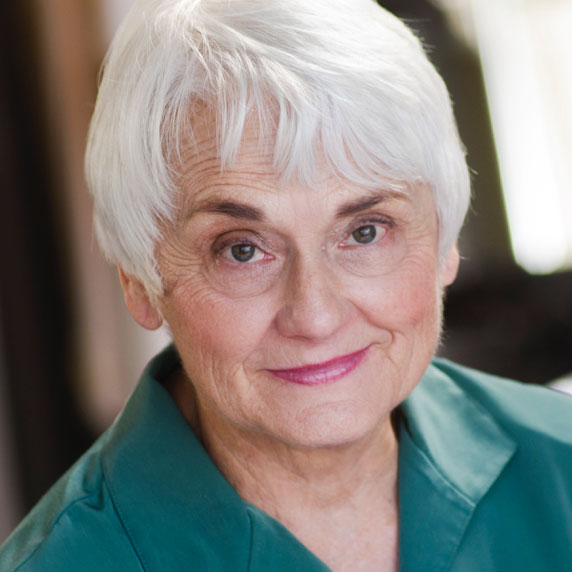 As the only member of the cast who also performed her role in the Boulder and Denver productions of the LA Diner, Cathy is delighted to work with a California cast and see how different the show will feel. She is currently in her third year of occasionally performing a one woman show, The Bonfils Girl, about Helen Bonfils, the first woman newspaper publisher and first female producer of Broadway plays, who married for the first time at age 43 to director George Sommes, and for the second time at age 69 to her chauffeur, Mike Davis. She’s also secretary of the Colorado Community Theatre Coalition which produces the Colorado Theatre Festival each summer to promote all aspects of community theater. 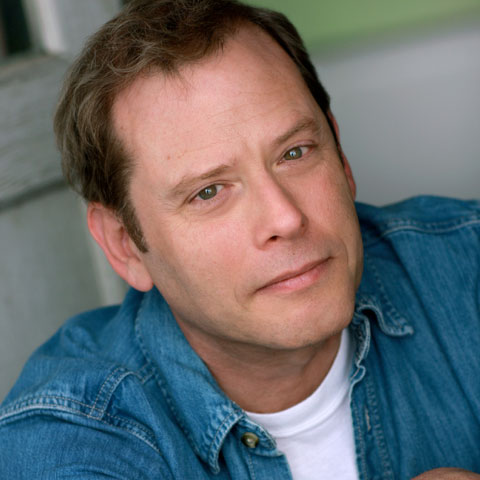 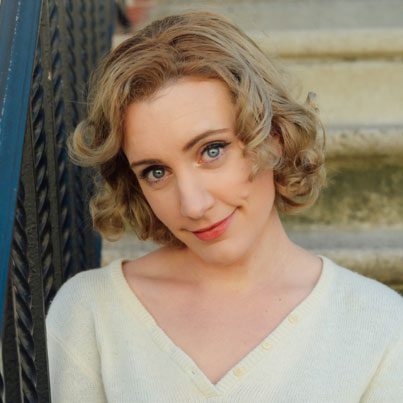 Caroline grew up in Scottsdale, Arizona, attending Xavier College Preparatory, where she starred in numerous plays and musicals. After graduating from LMU’s School for Film & Television, Caroline studied improv at The Groundlings and Upright Citizens Brigade while acting in numerous independent films, including Jeffrey Grellman’s much-anticipated Mermaid Down. She wrote, produced, and starred in the musical A Self-Help Guide To Killing Your Boss, which sold out its Hollywood debut and subsequently ran at the prestigious Los Angeles Theatre Company in downtown LA. It then had its NYC premiere as a staged reading at The Alchemical Theatre in Manhattan in November. She played Sylvia, an unfulfilled housewife, in the premiere of the award-winning play Hold My Spot, which debuted at the 2017 Planet Connections Festival, and Hermia, a ghost-obsessed grave robber, in the new play The Necromantics, which premiered at the Hudson Guild Theatre in July. You can watch Caroline in David Ebert’s latest “Apple” sketch, from his Twitter-famous viral production campaign. 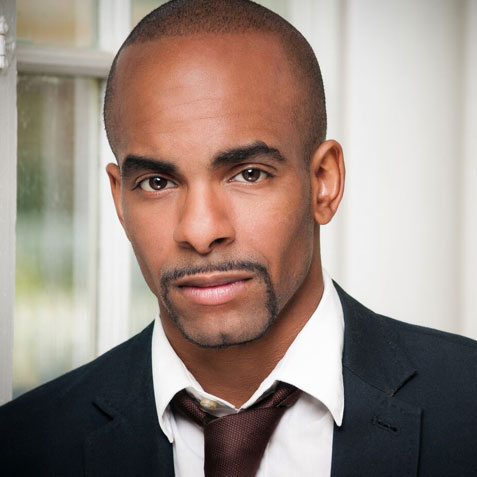 Voted by act magazine as one of the top performers of 2017. Phil Adkins is an African/Native American actor and award winning producer. Phil has produced films that have appeared on iTunes, Queens World Film festival, IFilmmaker international film festival Depth of field international film festival and Independent film showcase. He has worked with actors such as Amin Joseph (Dope The Gambler, The Expendables) Eric Roberts ( Dark Knight, CSI, Cable Guy, Suits, Doa three time golden globe nominee and academy award nominee), Jose Yenque (academy award winner for traffic) Razaaq Adoti (Black Hawk Down Resident Evil) and Stephanie Vogt (Strike Back, Entourage the C word). He has appeared as a special guest on the Gus Summers show and La talk radio with Sam Hasson in the morning. Phil has appeared in the tabloids Flickerin Myth, Movie Marker, and Dread Central. He has also been featured in film industry network biz magazine. 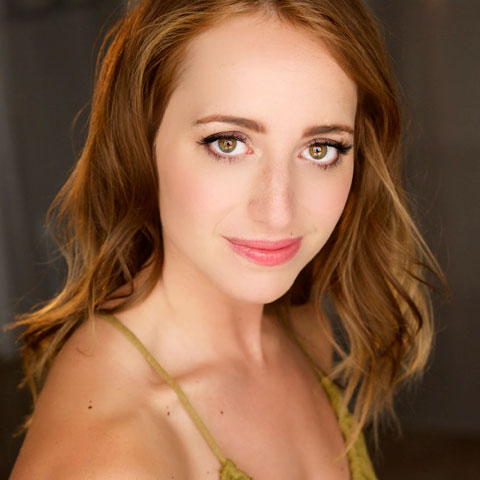 Dina is a uniquely versatile actress with her niche being your not so typical Girl Next Door Action Hero. Dina is extremely proficient in combat for film and stage with training in various weapon styles and hand to hand combat. She received her MFA in Acting from Brooklyn College and has studied everywhere from New York, to London, to Hawaii, and now LA. She continues to train whenever possible and constantly produces her own work. She added Off Broadway to her credits when she produced, and starred in an original piece called Ripper, about the nefarious Jack the Ripper at the Elektra Theatre in Times Square. She is also a self-proclaimed Geek and avid VideoGamer. Her credits include The Adjustment Bureau, The Avengers, the TV Show Forever, and several award-winning shorts and features. Much love to her parents for all the love and support they have shown in every step of the way. 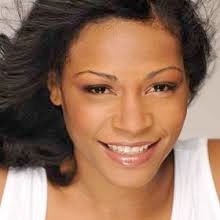 Tuluv is an Actress, Director, Choreographer, Producer, Writer, as well as a triple threat in the performing arts. Tuluv pursued advanced studies at the Cal Arts, Howard University and the University of the Arts in Philadelphia. She received a BFA from the University of the Arts and a Masters degree in Management from The International Graduate University in Washington DC. Tuluv was a member of the female R&B group, 4BIDDEN, that opened for artists, such as Mya, Mary Mary, Destiny’s Child. Tuluv was the lead role as “Antoinette Grayson” in the theatrical stage play “THE MAINTENANCE MAN” along side Billy Dee Williams, Darius McCrary, She received her 1st Off Broadway credit in Accept “Except” LGBT at the Castillo Theater on 42nd St, Produced by the New Federal Theater Co. Choreographically, Tuluv was taught under the tutelage of the legendary George Faison and was privileged to perform under his direction in several productions such as “The Wiz” and Aretha Franklins” and VH1 Divas Live at Radio City Music Hall. Shortly After, Tuluv developed her own Contemporary dance company Luv2dants while housed at the Faison Firehouse Theater and was featured in “Dance Now” and The New York Times. Most recently she had founded a non profit called Acting Out where she is currently working full time as a Drama and Dance Dean, developing arts education programming for LAUSD at George Washington Prep in South Central LA. 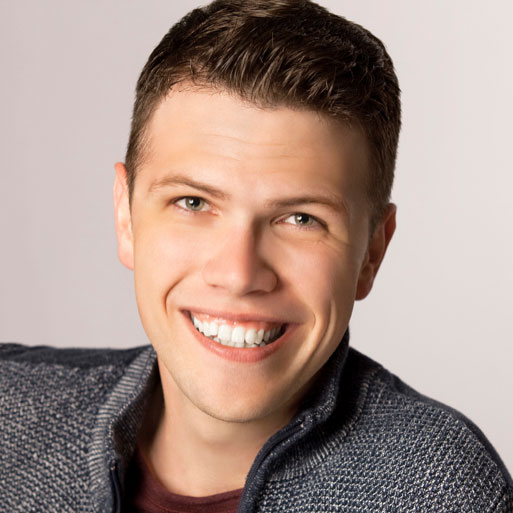 Anthony DePage is delighted to perform as Jimmy in LA Diner. A trained writer and director, Anthony has also pursued instruction for the stage and screen from artists from Los Angeles and New York. Before moving to Los Angeles, Anthony gained extensive theatrical experience during his tenure in undergraduate and graduate programs: from staples such as Sky Masterson to Lt. Frank Cioffi, to original characters. When he’s not acting, Anthony writes both theatre and television. 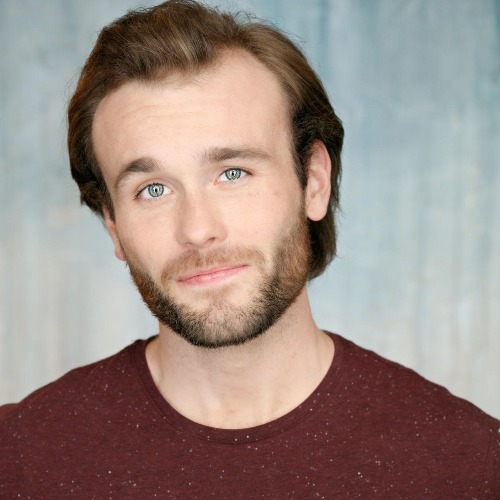 Samuel Neagley is an actor and musician represented by The Paradise Group Talent Agency. After graduating from Dickinson College in 2014 with a degree in theatre, Samuel has continued his education at The Upright Citizens Brigade (UCB) as well as the Howard Fine Acting Studio in Hollywood. He co-composed and starred in the original musical “A Self Help Guide To Killing Your Boss” in 2016, which was recently staged in New York. In addition to original theatrical projects and musical comedy shows, Samuel has appeared in numerous short films, sketch comedies, and comericials. He appreciates you coming to support our production! 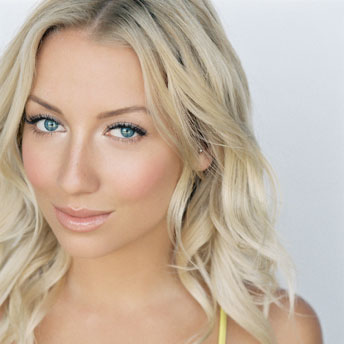 Georgina Leahy is a singing, dancing, fire breathing actress from South East London who has spent her life on stage and screen. From Musicals and Operas to semi finalist in Britain’s Got Talent, she just loves to perform. Her on screen work ranges from Sony Pictures, teen drama series ‘Sofia’s Diary’, Treasure King, Real Husbands of Hollywood, to Cannes Film Festival credited ‘Winters Secret’ and ‘PartyGirl’ which got worldwide distribution. Georgina toured the UK as backing singer and support act Twinkle Twinkle for 80s legend Adam Ant which was documented by the legendary Jack Bond (Dali in New York) for ‘Blueblack Hussar’. Georgina has been in numerous commercials and music videos including Pharrell Williams Happy and Miley Cyrus Mtv Video Music Awards promo. Georgina recently starred in the critically acclaimed immersive theatre show The Tension Experience, created my Saw II, III and IV director Darren Lyn Bousman and had the honor of sharing the screen with Terrence Howard and Kevin Hart. Georgina is currently following her dreams in the City of Angels, recording her debut album, starring in many viral videos with Brandon Rogers and filming her very own Virtual Reality show Single in the City.